In Revered Memory Of My Parents Valy Mohamed Gany And Zuleikhabai Abdul Rehman To Whom I Owe Everything.

The Zuleikhabai V. M. Gany Rangoonwala Trust was formed in 1967 by Mr. Mohamed Aly Rangoonwala in revered and sacred memory of his parents.

The ZVMG Rangoonwala Trust is a donor organization and established to serve people without any discrimination based on caste, creed, color or religion. It operates throughout Pakistan and only takes any donations from the Rangoonwala family or the family’s foundation. The Trust is expanding its activities in order to institutionalize its grant making functions in a professional and enduring manner as per the vision of the late Founder.

Born on May 20, 1924 in Yangon (formely known as Rangoon), Mr. M. A. Rangoonwala remained for 74 years a champion on the world’s stage of business, commerce and philanthropy. He served humanity throughout the world. A few of the over 100 organizations, national and international that he founded or participated in are, Founder President, Karachi Chamber of Commerce and Industry, Chairman National Bank of Pakistan, President, International Chamber of Commerce, Paris, Member of the Stanford Research Institute, USA which bestowed on him the International Businessmen’s Award, Founder Trustee and Chairman of The World Memon Foundation, Trustee Hamdard Foundation and Karachi Port Trust, Founder and Life President of Dhoraji Association.

His public and private activities earned him the Sitara-e-Khidmat from the Government of Pakistan and Das Grosse, Verdienst Kreutz from the German Government. He was an International Trustee of the Duke of Edinburgh’s Award Scheme, whose Pakistan Chapter’s office is located at the Rangoonwala Community Centre.

A man for all seasons, a citizen of the world, a man who walked with princes and presidents but did not lose the common touch, such was the personality of Mr. Mohammad Aly Rangoonwala. His interest in the welfare of the people led him to found the Dhoraji Colony, Dhoraji Foundation and Dhoraji Association in Karachi. He was a true Muslim, he worked hard and served humanity with absolute integrity, tenacity and foresight. He touched the lives of others in many ways. He took everything that life gave and returned to life infinitely more. He worked to the very last and when he knew that his mortal frame would no longer be able to support his mind, he lay down and let his incredible mind pass away peacefully in his sleep at his home in Karachi in the early hours of Friday 12th June, 1998. May his soul rest in peace. 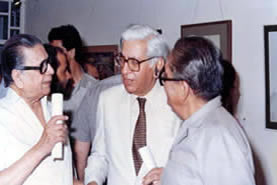 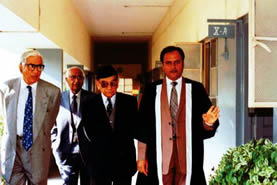 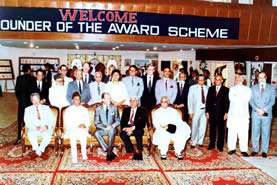 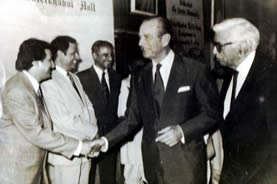 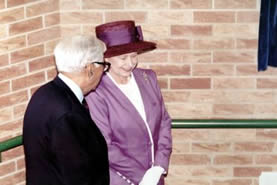 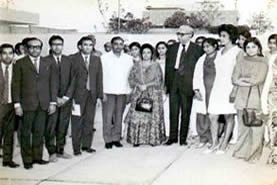 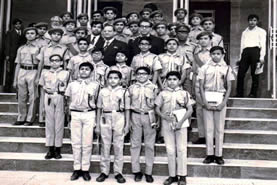 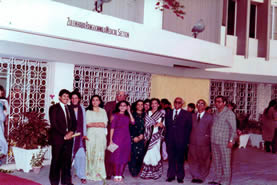 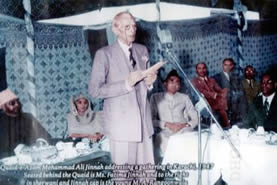 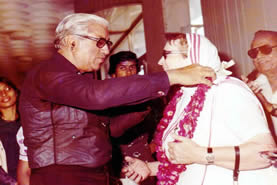 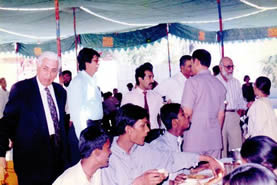 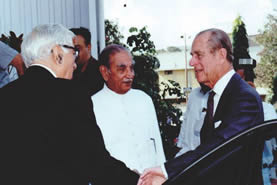