The Duke of Edinburgh’s International Award was founded by His Royal Highness, the Duke of Edinburgh KG, KT in 1956, in conjunction with Kurt Hahn, the German educationalist. It is a non-formal education and learning framework operating in more than 130 countries and territories around the world, through which young people’s achievements outside of academia are recognised and celebrated.

Late Mr. Mohammad Ali Rangoonwala brought this unique program to Pakistan in 1987. The corporate sector in Pakistan recognizes the aim of the Award programme as a useful activity for nation-building and twelve of them constitute the Board of the Trustees that is the highest office of the Award Programme in Pakistan. The Trustees include Rangoonwala Trust, Rangoonwala Foundation, Hamdard Foundation, Oxford University Press, Unilever, Mehran Sugar Mills, ICI, KASB, GML Group, Zulfiqar Industries Aisha Bhawani Trust and Indus Motors.

In the year 1991 Pakistan was recognized as a full National Award Authority by the International Award association of the Duke of Edinburgh’s Award, London, and since then Pakistan became an active member of the Award World.

More than 60 Pakistani Participants, Award Leaders and Award officials have represented Pakistan’s Award Programme in the International events held in Indonesia, Mauritius, Nepal, Hong Kong, Ireland, New Zealand, South Africa, United Kingdom, Australia, Barbados, Malaysia and Macau. Pakistan is also the founder of the Award Programme in Afghanistan and Bangladesh. Pakistan has represented the Asia Pacific region in the International Council chaired by HRH Prince Edward and also participated as a member in the Asia Pacific Regional Advisory Board.

The National Award Office is based in Karachi in the premises of the Rangoonwala Community Centre, HRH Prince Philips has visited the office twice in his lifetime. Mainly it is spread over schools and all famous chains of schools in Pakistan have joined the Award Programme. The Award programme has reached more than 41 cities including Karachi, Peshawar, Lahore and Quetta and many other cities.

It’s open to all Pakistan young people ages between 13 -24 years and is about self-development, setting personal goals, challenges and pushing personal boundaries.

The key elements of our program are:

Through this challenging journey of self-discovery, our Participants:

A nominal amount of fee i.e., Rs. 500 – 1500 is required to get registered with the Award program and to avail other facilities including Award certificates, record book, diary and online internet-based facilities. 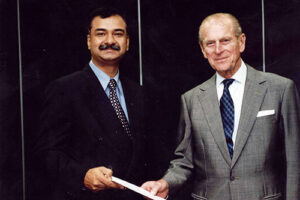 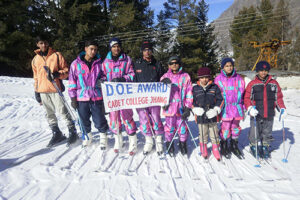 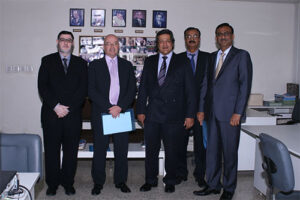 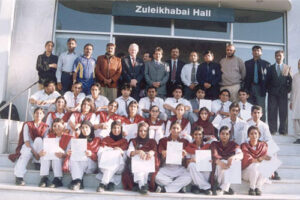 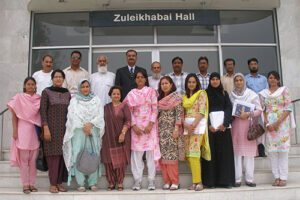